Those of you who follow my facebook know that it’s been a doozy of a year, with new medical diagnoses, and ample chaos to go around. But amidst all that, I got to participate in a super cool project I’m thrilled to unveil…. the Lick of Fire series. Basically, Lick of Fire is a multi-author paranormal romance series with twelve contributing authors, each writing three books. We’re releasing weekly. Our first author, Kim Faulks just released her first book, Hell is a Harem this week. More on Lick of Fire through the banner. Otherwise, keep scrolling to learn more about Fire & Fury.

Coming April 17th, I have my own first entry, Fire & Fury.

Fire & Fury is the first part of a three part serial, Phoenix Burned. The second installment, Scorched Earth, will hit your kindles May 8th, and the third installment, Ashes to Ashes, will be out July 31st. Those of you who read Chameleon may remember Reza’s twin Eren. Well, it’s time Eren got a story of his own. Thus far, Eren’s been largely overshadowed by his twin- and with good reason. He’s got some shit to work through- and has been avoiding it for centuries. The reappearance of an old love’s gonna force him to come clean with himself about exactly why he’s been stuck punishing himself for so long- and exactly how he can move forward.

Without further ado…. check out the cover for Fire & Fury! 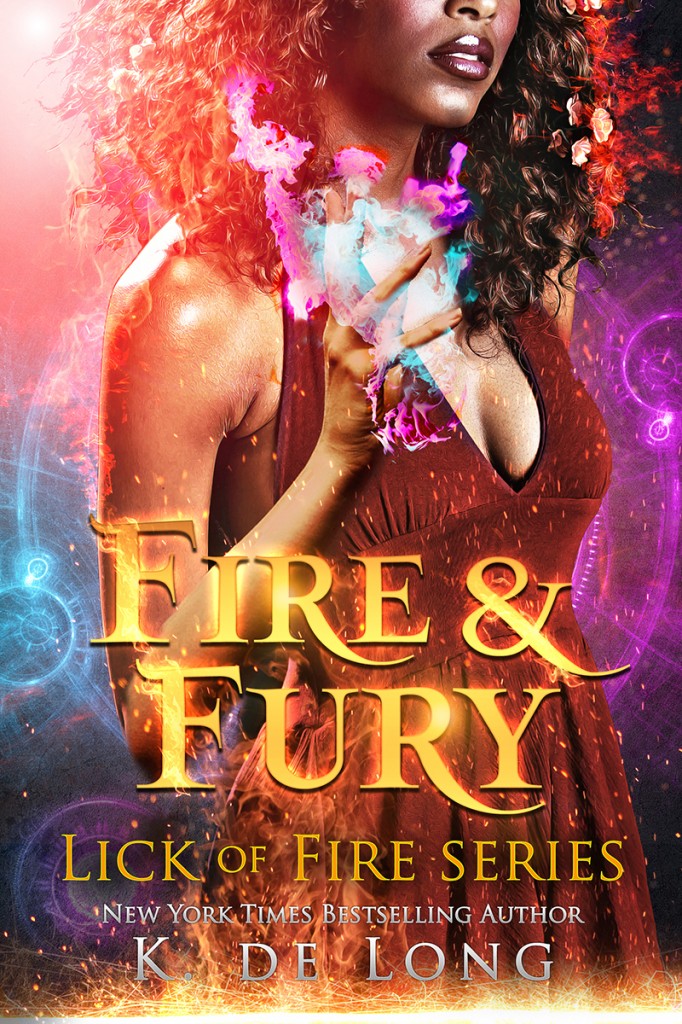