Love is chaos.
No one can say Celia Ilan wasn’t warned away from Kris Brant. From the moment their eyes met in a group therapy session, she knew Kris Brant was danger. And she didn’t care.

Kris Brant is bad news: violent, sadistic, and utterly immovable. But when he recruits the shy young woman with a monster in her eyes, he finds a stronger ally than he ever could have guessed.

As Celia and Kris’s killer rampage garners momentum and collateral damage, their enemies gather strength. And when the two terrorists are brought down, their love may be the first casualty.

Anarchy and Romance is a dark romance duet of love, loss, and revenge. It contains mature content that may be upsetting to some readers. 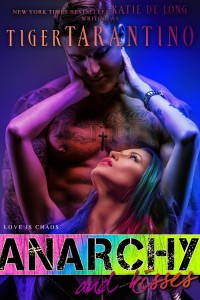 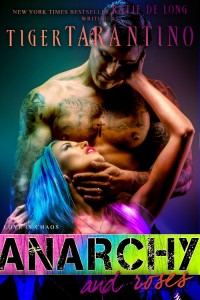 After the conclusion to Anarchy and Romance comes Anarchist’s Lullaby, a standalone dark romance novel. 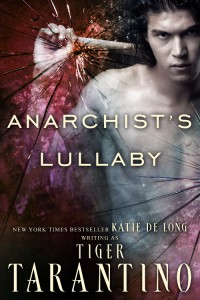 My life went to hell the moment I punched Deckard Price. On camera, no less. I swear, I just did what everyone was thinking.

The better part of the country had been wanting to do it. His violent mainstreaming of white-nationalism struck fear into the hearts of everyone with a lick of sense. My little outburst brought smiles to millions of households, made millions of scared people laugh and feel powerful, just for a minute.

If only the story ended there. But every action has consequences.

Now, I’m on the run, with only a mysterious anarchist trying to protect me. He won’t tell me much about who he is, but he’s all I’ve got.

It’s only a matter of time before Price finds out who I am, finds me. And when he does, I’m worse than dead.

Because hell hath no fury like a Neo-Nazi who got clobbered by a girl.

Anarchist’s Lullaby contains mature content and is not intended for younger readers, or those sensitive to portrayals of racism, sexism, torture, and upsetting material. All profits on Anarchist’s Lullaby will be donated to Black Lives Matter. See this post for more information.

Anarchist’s Lullaby is available on Amazon.