When clan infighting forces Nefari pack alpha Marrock to take Kumori alpha female Tessa as his mate, neither of them expect a happy union.  Marrock’s not used to anyone questioning his authority– and Tessa’s not used to being treated like a subordinate.

But with the Malvati pack gunning for conquest, led by Marrock’s bloodthirsty brother, they’ll have to work out their issues, and fast, to protect both their packs– and each other. United they stand, or divided they fall. 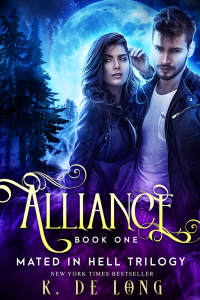