They are sex, made flesh and dream. Walk through human sexuality with the incubi and succubi who make fantasies come alive. 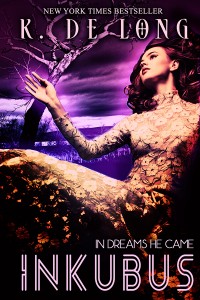 For millennia, Cole’s kind, the incubi, have manifested in human thoughts and sensuality to impregnate human women: survival by deceit. Every name assigned by their elders, and every encounter their target’s darkest fantasies- never for love or friendship. But when Cole is assigned to work a woman struggling with schizophrenia, whose perceptions shatter the limitations of his own, he can’t help but fall hard and fast.

Tabitha is used to disruptive visions, but when one of her hallucinations tries to befriend her, she must discover what’s real, for her own sanity and future. Cole is disturbingly convincing, but has no place in the reality she knows.

Their love shouldn’t exist, not according to Cole’s elders, and not according to Tabby’s psychiatrist. When the answers they find don’t match the truths the world has offered them, what will they choose?

Inkubus is now available on Amazon. 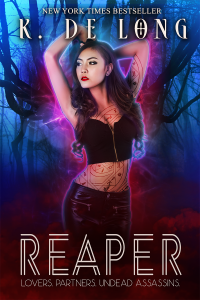 All’s fair in love and war.
The Reapers maintain the delicate balance between the many factions of the supernatural world, and Abel and Imogene are among their most effective duos. Forbidden from fraternization, love, and haunted by their own past lives, they exist only to reap rogue entities who threaten the peace. With possible death concealed in the most innocent forms, only their own instincts and faith in their partner stands between them and a gruesome fate.

When an assignment pits Imogene and Abel against each other, with a persistent but in-the-dark detective on their trail and innocent incubi’s lives in the balance, it’ll take all their wits to survive. Imogene and Abel’s commitment to the job could inadvertently doom their burgeoning love, and expose a conspiracy among demonkind that others would kill them both to keep silent.

Reaper is now available on Amazon. 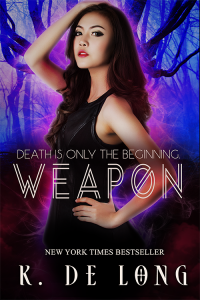 Imogene Taggert’s murder is only the beginning.
Following her death, the powers-that-be assign her to be a Reaper, a demonic hunter who polices the magical underworld. To survive in her new life, she must accept her duties quickly, putting aside her obsession with the life she left behind, and her aversion to killing.Abel’s had millenia to work as an incubus, and needs a change. When he’s tasked with mentoring Imogene to prepare her for her new role, he can’t help but get attached to the fragile young demon taking her first steps into a world that would see them dead before seeing them free agents. But dalliances are forbidden, and Imogene’s running in circles that’ll take her places he can’t protect her.
As tensions escalate, Imogene and Abel must rely on each other more than ever, but behind every stolen touch and tender glare lurks a sweet and deadly danger.
Weapon is now available on Amazon.
Chameleon (Inkubus #3) 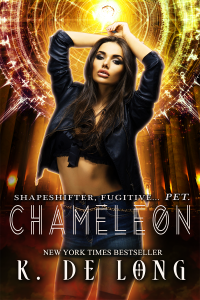 Shapeshifter. Fugitive. Pet.
There’s a demonic war heating up, and Reza’s right in the middle of it. When an assassination attempt wounds Reza and he’s forced to hide by transforming into a dog, he knows the woman who rescued him will be on the hit list, too.

As the animal Alisa’s tending heals, weird phenomena keep popping up. Along with a handsome stranger, who seems to think she’s in danger. But Alisa’s fought tooth and nail for the life she’s built for herself and isn’t going to leave it because of a handful of creeps.

Reza will do anything to ensure the debt he owes her doesn’t become a blood debt with her death. But he’s ready to go home…with Alisa as his hostage, if he must. 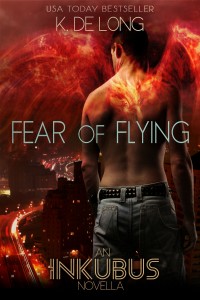 When Tamiel acts to prevent what he thinks is a brutal assault, the last thing he expects is for the victim to tear him a new one. But Kiri had matters in hand, and was working a job…until he killed her mark. Now, her own people will come after her, unless Tamiel offers her sanctuary. Succubi shelter in others’ hearts, and to offer her space in his, Tamiel will have to work through his own secrets.

Now available in the Amazon-exclusive bundles A Howling Good Time, Growl for Pleasure and Shifters Do It Better, as well as on Amazon as a part of Kindle Unlimited. 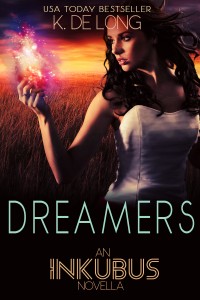 With few memories of her past and little control over her present or future, there’s little to help Aletta claim her full birthright. The dreams Aletta creates and control turn to nightmares, but if she can’t develop control of her powers, she’ll never be a full-fledged succubus. When they lead one of her assignments awry, she enlists her mortal mark to embark on a journey to discover exactly what’s holding her back.

Han would do anything for a friend, even a completely insane one. But what Aletta’s asking of him might trap him in a world whose rules and dangers he barely understands. And even if he survives the trip, after depending on her so completely, how will he let her go?

Now available on Amazon and through Kindle Unlimited.