Calder Roane has always been the spoiled youngest son, and is struggling to seize the reins to the family business following his mother’s death. But when he wakes up imprisoned in a rusted death trap with several others, it’s gonna take everything he has to get out alive. As the mystery unfolds and he tries to discover why he’s there, a vulnerable and resourceful fellow prisoner could be the key. If he can win Milla’s heart.

Under other circumstances, Camilla Greenwich would’ve grown up as Winchester royalty, born to a life of politics and privilege. But when the Roane family took her family’s place, their actions corrupted the entire community, and cost Milla everyone she loved. Now, she has the chance of the lifetime: the chance to punish the heir to the Roane family empire, and those who’ve abetted him. But seizing that chance could well be her undoing. She’ll have to get far closer to her enemy than she dreamed possible, and risk exposing herself. She’ll have to become prey, alongside him.

As her war goes on and the collateral damage mounts, they’re about to discover how deep the conspiracy runs. Each past sin is exposed, and in the end, they may be the only people who can redeem each other. 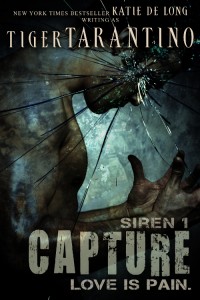 Twenty years go, the Roane family took power, shoving the leaders who opposed them out with bribes, threats, or force. Money’s not a shit motivation, but when it’s the only one, it kills.

If no one’ll make them carry the weight of the lives they’ve ended, I will.

By the time Calder Roane breathes his last, he’ll know every ounce of pain inflicted on me and mine. There’s nothing a capitalist can build that a steelworker can’t dismantle. 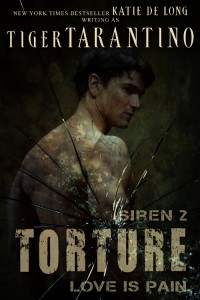 At first, it seemed easy. Capture those who’ve profited from our suffering, and let them suffer. Let them starve, or fall, or burn. But ever since I entrapped Calder Roane, my plans have gone to shit. He’s too clever by half, and unless I pretend to suffer by his side, his death will be meaningless, unwitnessed. But how can I stay by his side when he’s so close to seeing through me?

Maybe it’s an urge to lead, his urge to comfort. But with his attention on me more and more persistently, I’m walking a knife’s edge playing to his expectations. If I push him away, he might discover I’m the reason he’s in this deathtrap. But do I dare pull him closer, when his gentlest touch inspires revulsion? 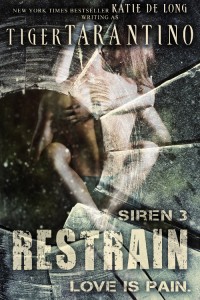 Only a few bloodsuckers left before I can be at peace, for the first time since I promised revenge against those who tore apart my family, and plundered my community. My confidence has grown with every cold body. I know the slick of blood on my hands, the taste of burned flesh. The give of skin and muscle as it’s separated by steel. I’m finally beginning to feel whole, more powerful than I dreamed possible.
But Calder’s broken, refusing to play the game, refusing to go down fighting. It’s safer for me to keep my distance, away from the confusion his touch inspires. But given the choice between my safety, and his suffering, I’ll choose his suffering any day.
I have too much to lose to risk falling in love now, especially with the man I swore to kill. 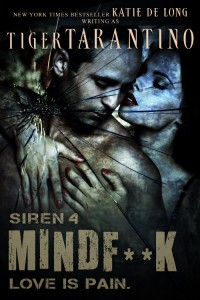 I should be glad to have escaped the Siren without being arrested as a killer. But what is there to celebrate? Every day is on borrowed time, the question repeating over and over in my mind: how much does Calder remember? He’s not dead, and I don’t know whether to be relieved or dismayed by that. I’ve spent so long imagining his death, and it’s hard to let those fantasies go, even if they’ve already been replaced by a new one—his lips on mine.
I can’t convince myself it’s worth taking another shot at him. I can’t convince myself he is who I thought he was. I can’t convince myself he deserved what I tried to do to him.
But where does that leave me? 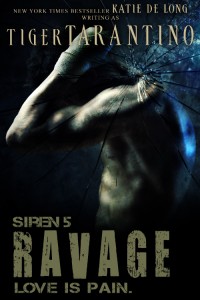 Oh, how the tables have turned. Calder Roane’s gone from my victim to my handler. And we’re racking up the bodies, taking out those who hurt my family before they can kill him. What’s one more body on the pile?

I’m further down this road than he is, but he’s doing his damndest to catch up. Turns out that Calder’s got a monster inside him, too. Maybe we’re not supposed to redeem each other. Maybe we’re supposed to make each others’ trips to hell worthwhile. 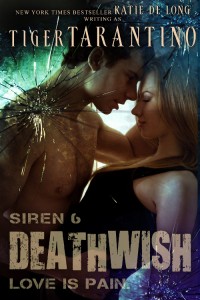 It should be deja vu, waking up in a closed metal room, locked in with Calder Roane. But this time, it’s not my doing. This time, it’s out of my control.
I think I know why we’re here. I assume it’s a mob hit, giving me a taste of my own medicine. I assume, once again, that Calder doesn’t belong here.
But does he assume I do?